Starting out with Waller Brothers in Mobile Alabama in 1985 working in the warehouse, Harrison learned this business from the ground up. In 1989, Harrison moved to Birmingham for a sales position and became sales manager in 1997. Following the company’s purchase by USOP, Harrison became Sales Manager over the Herman Miller/Office Furniture USA dealership and moved to Business Interiors after their purchase of the OF/USA franchise.

Harrison brings this career-long knowledge of contract furnishings to both our clients and the manufacturers we represent, providing best-in-class service to customers while delivering and exceeding the sales and marketing goals of our manufacturing partners. We work with architects, designers, and end users in wide variety of commercial industries as well as healthcare facilities and primary and secondary educational institutions throughout the state of Alabama.

Harrison enjoys his involvement in and sponsorship of the local industry chapters of both the IIDA (Alabama Chapter of the International Interior Design Association) and ASID (American Society of Interior Designers).

Harrison has three children and is an avid runner, completing 10 marathons and the Ironman Florida triathlon. He is an active member of his community, serving on the boards of the Homewood High School Athletes Foundation (2014-2017) and Homewood Parks & Recreation (2010-2014). 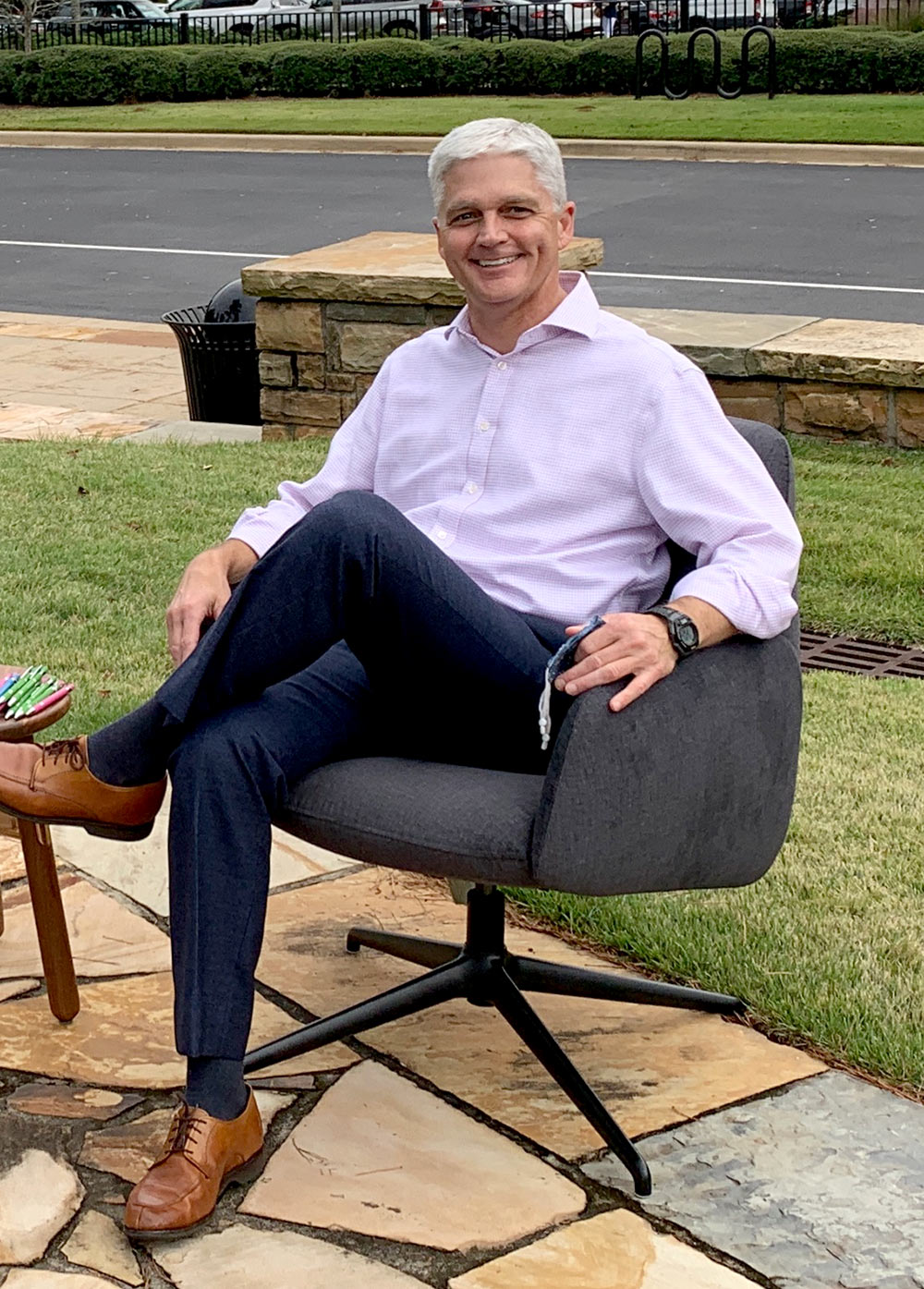